Following the easing of Covid-19 restrictions in Wales, Talyllyn Railway hosted the ‘Awdry Extravaganza’ weekend on 14th and 15th August which was a huge success for the railway known as ‘The Railway with a Heart of Gold’.

TV presenters hosted interviews, once in a lifetime exhibitions were held, and visitors enjoyed a three-day festival of local Welsh beer, cider and gin at this successful extravaganza!

Originally opened in 1865, this narrow-gauge railway was used for goods traffic, and passenger services shortly followed. Talyllyn Railway is the world’s first preserved heritage railway. The weekend programme for 14th and 15th August, titled the ‘Awdry Extravaganza’, celebrated the Railway Series of books created by Thomas the Tank Engine author, Reverend Wilbert Awdry. A railway enthusiast, Awdry became a volunteer guard of the Talyllyn Railway in 1952, shortly after it was preserved.

Talyllyn and the nearby Corris Railway are the only railways to run in the UK on a gauge of 2ft 3ins, and inspired Awdry to create the fictious narrow gauge, Skarloey Railway – the subject of the ‘Railway Series’.

Opened by Right Reverend Andrew John, the Bishop of Bangor, the extravaganza included a once in a lifetime exhibition of the Rev. Awdry’s original artwork and written work. For the first time in over 20 years, the Reverend’s own railway models were displayed alongside each other, including his original models of Thomas the Tank Engine. The Narrow Gauge Museum already has a permanent exhibition of Awdry’s study and the original furniture and contents.

TV presenter and railway historian, Tim Dunn, was another special guest at the extravaganza and conducted interviews which were live streamed on the Talyllyn Railway’s Facebook page. Tim also presented a reading of Reverend Awdry’s ‘History of Sodor’ to a packed audience!

Train journeys were also packed during the event – reaching the capacity allowed by social distancing – and the railway continues to minimise the risks of COVID-19. Families and social bubbles can purchase tickets for each compartment in advance. Primarily run by volunteers, Talyllyn Railway is now a major tourist attraction in Mid Wales, contributing to the rebuilding of the Welsh economy.

Exciting days out and celebrations of preserved Welsh history are just a stone’s throw away from our parks, Glan-y-don and Gwynedd. Interested in making everlasting family memories in Wales? Speak to us today about your new home away from home. 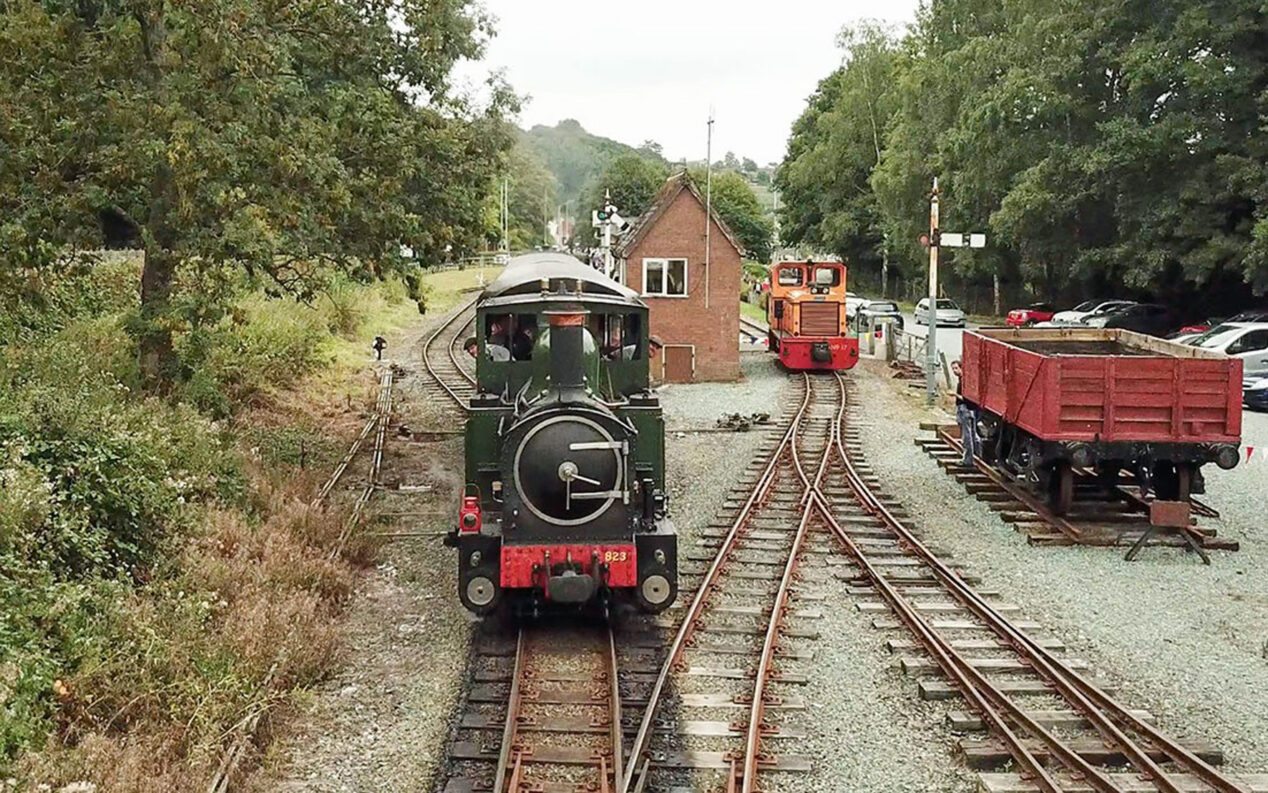 Steam back to Welshpool in September

The Welshpool & Llanfair Light Railway will return to operating trains over its full length on selected days in September, following a successful reopening in August in the wake of the Covid-19 lockdown.